Main Coon Cats are no strangers to breaking and holding World Records. If you’ve ever seen a Main Coon in person then there’s seriously no doubt left how they would be the gentle-giant breed to hold records like “World’s Longest Cat,” but even seeing photographs of them on the Internet alongside their human owners is pretty solid proof that these are big, beautiful kitties capable of dominating some major size-related records!

Stewie’s tail measured 16.34 inches long! And his total length (the other record he holds) was 48.5 inches long!

Is this two-time record holder about to have one of his records replaced? 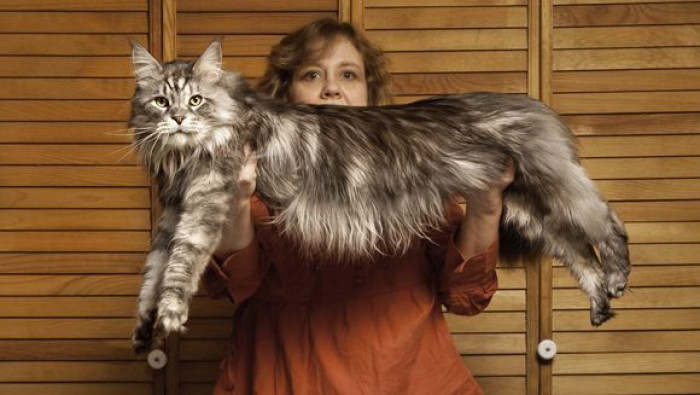 It’s hard to think that another cat could have a longer tail than Stewie’s impressive 16.34 inches but sure enough, there’s a contender!

His name is Cygnus, and Cygnus has quite the tail on him. It’s one of the longest, fluffiest, most gorgeous tails we’ve ever seen (and as huge cat fanatics, we’ve seen a lot of long, fluffy, beautiful kitty tails!)

Is this gorgeous tail about to break a world record?! 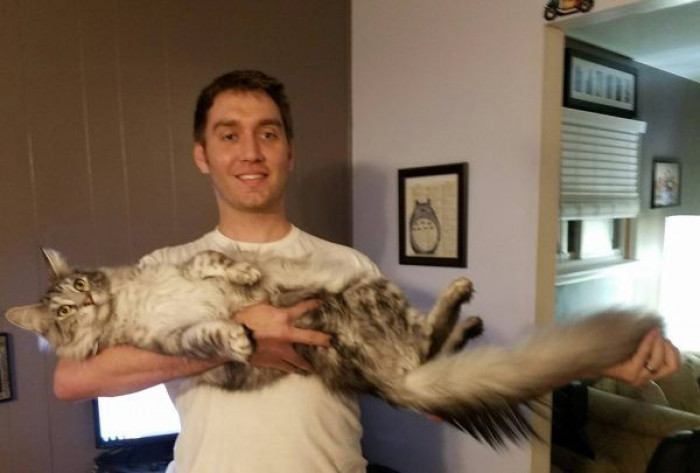 Based out of Detroit, Michigan in the United States of America, Cygnus has one impressive tail for sure. In fact, according to Cygnus’s family, in general he is way fluffier than both of his brothers Arcturus and Sirius but it’s his tail that really sticks out. Some people even like to jokingly call Cygnus’s tail a feather duster.

When Cygnus was an itty-bitty baby it wasn’t unfathomable that as a Main Coon he would grow very large, but surely no one knew what a luxurious tail he had in store! 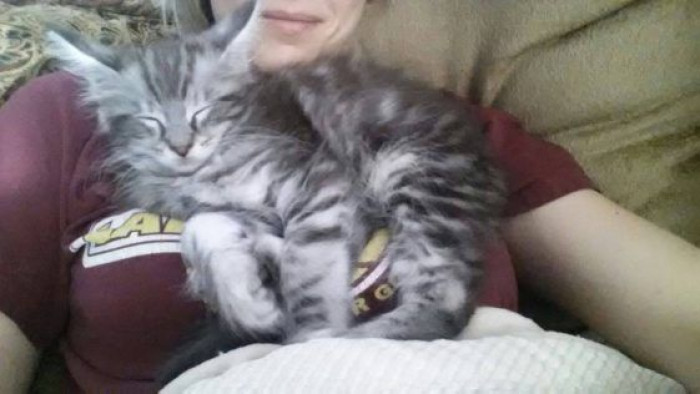 Cygnus’s tail is a whopping 18.4 inches long. That’s measured from its base to the end of the actual skin with no fluff included! If you add the fluff, it gets up to an even more whopping 24 inches. Despite having such an insanely long tail, his total length from the nose to the tail tip is only 41 inches and that actually does not make him a very large cat in general (and half a foot smaller than the record holder, Stewie.) Though, it’s important to note that Cygnus is young and very healthy so he’s still growing! If you can believe it, his tail alone is expected to grow as much as another half an inch every month for a while yet! Of course, even if it doesn’t, his tail still whomps out the current record as it is. It could never grow a pinch of an inch and still be the longest cat tail ever.

So long. So fluffy. 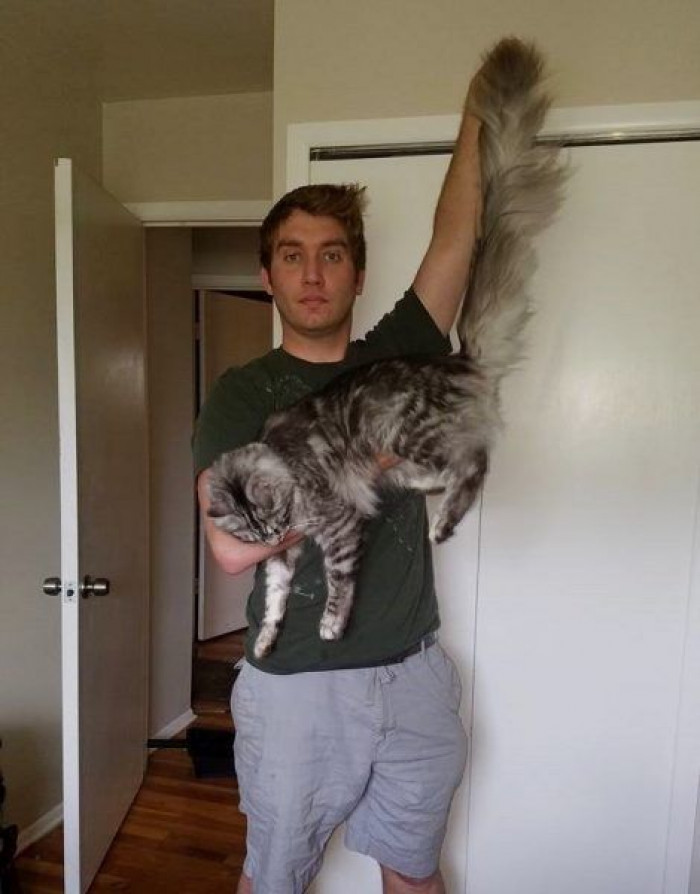 Cygnus’s owner is a family practitioner in Michigan named Dr. Will Powers and Dr. Powers says that Cygnus is a very sweet kitty, a loving and energetic boy who is un-bothered by the snuggles and prodding and measuring his owner does to see just how big this healthy boy is growing. 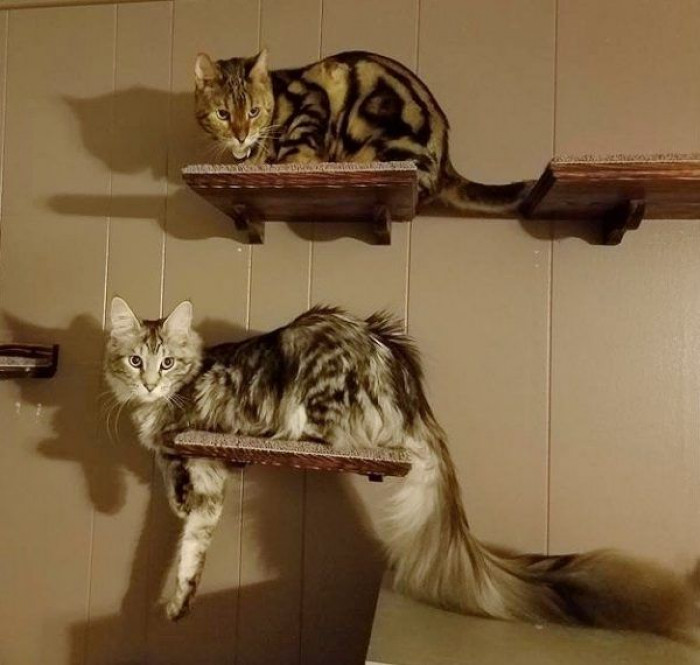 When this handsome ball of fluff and love isn’t sleeping, Dr. Powers says that Cygnus is very energetic. He enjoys chasing the laser and playing with a variety of other toys as well! We’re pretty sure that his fluffy duster of a tail probably also helps clean the house as he roams and plays.

Seriously, look at this majestic tail. 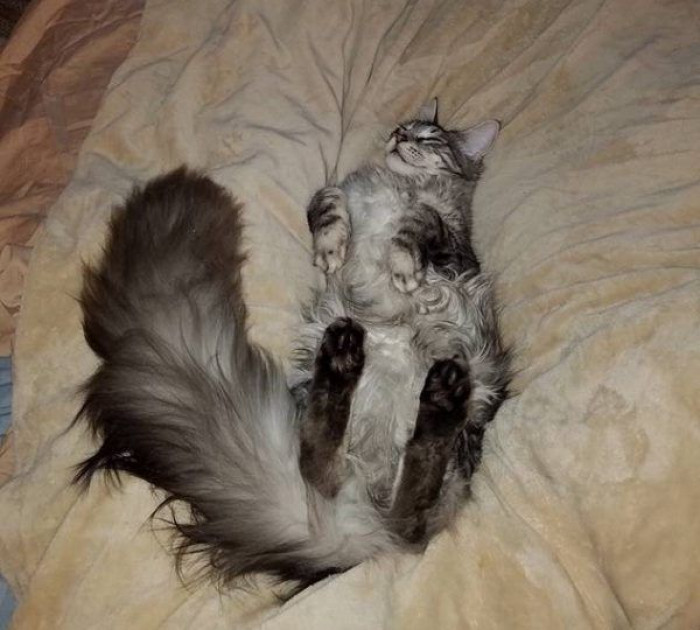 You read that correctly, Cygnus’s tail has been measured by Dr. Powers and there’s a plethora of fluffy, eye-engulfing photos for us to drool over but Cygnus doesn’t actually hold the official record yet because he has not had his tail officially measured by Guinness World Record officials and that’s mandatory for holding the coveted tail title.

Of course just a glimpse at this fluffy, glorious tail is enough to hold us over until the title passes to him, right? 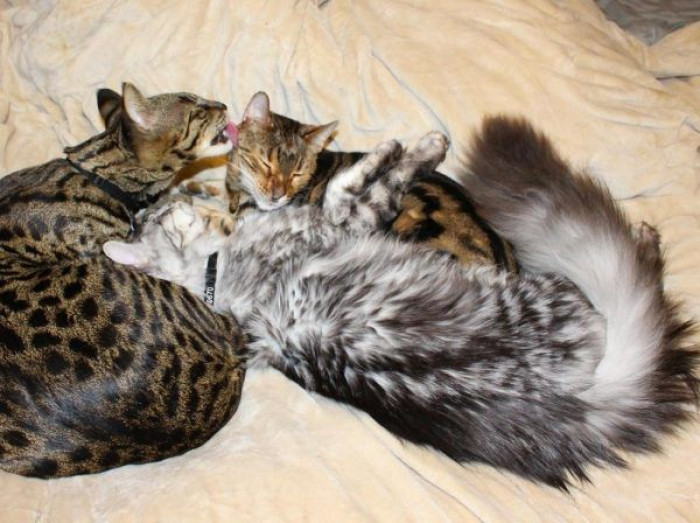 Oh Cygnus, your tail is so fluffy. 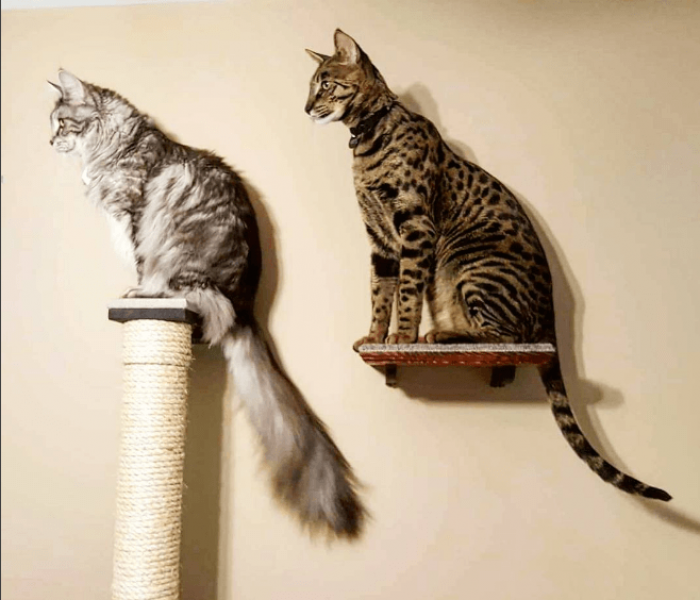 So long. So fluffy. So in love. 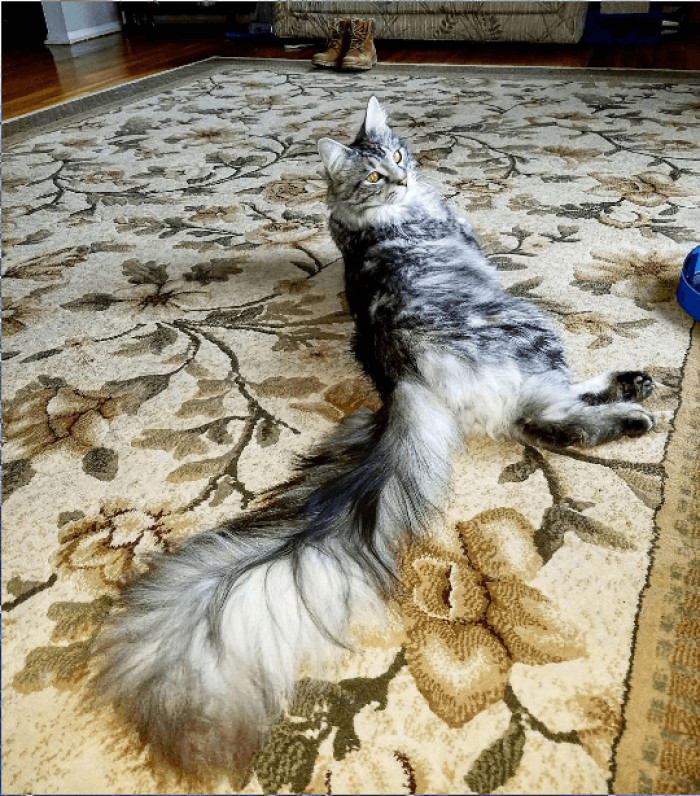 From all of us to you, Cygnus: good luck buddy, we look forward to celebrating your inevitable entrance to the World Records! Some cats just have to be at the right place at the right time in order to be recognized for their special abilities. Just like these photos of cats taken at just the right moment for them to be immortalized on the internet…furrever!