Donna, from Stray Rescue of St. Louis, was out on the heavily-snowed roads when she heard a gut-wrenching cry for help from an abandoned puppy. She followed the sound to find a wounded puppy, in a pile of snow, shivering and screaming in fear, according to ilovemydogsomuch.tv

Donna’s heart was completely shattered as she came closer to the frail puppy. The poor baby smelled of infection from a perishing wound on the side, and had a condition called paraphimosis, which is found in uncircumcised males and requires proper treatment.

The puppy, now called Weezer, seemed so thankful the moment Donna got to him. Although he was in pain, his frightened wails lessened as she took him to the car. He felt safe and conveyed it through heartwarming tail-wags! 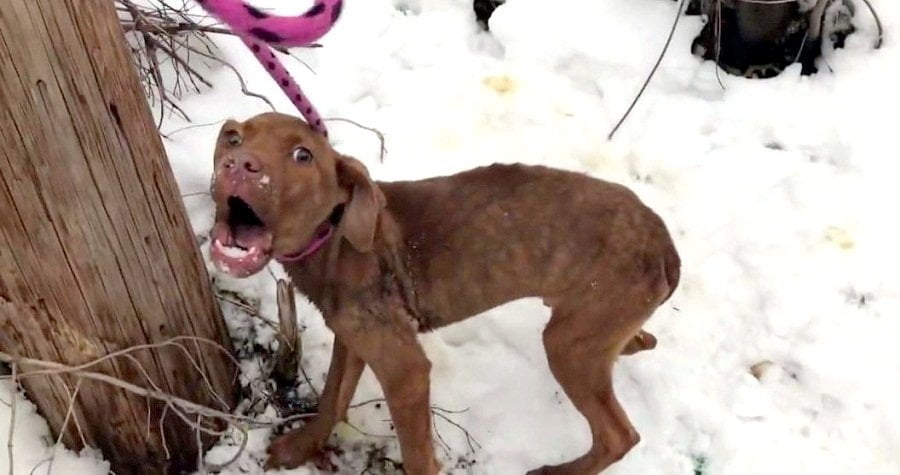 Donna rushed him to the trauma center, where he received treatment for his condition. The vets figured out that the infected wound was the result of an embedded harness, which his owner must have cruelly put on him. 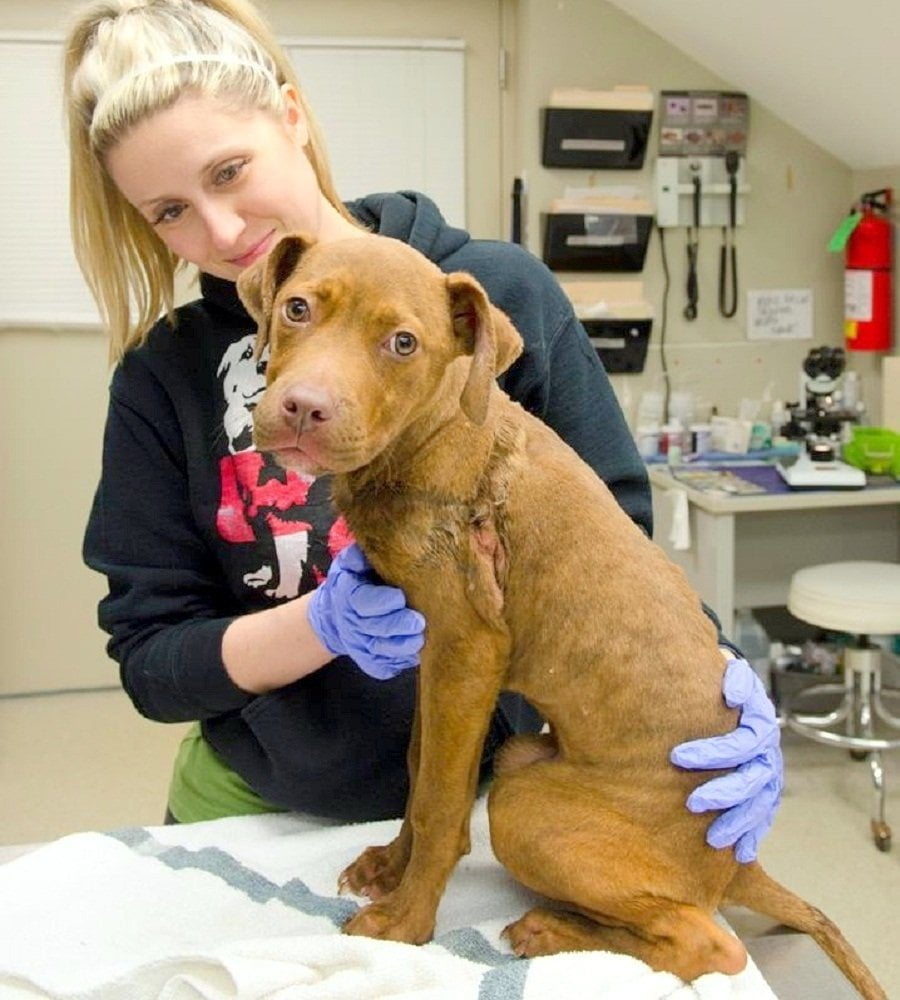 Weezer, pegged to be about 7-months-old, has recovered considerably. We are thankful for the love and care shown by Donna, and hope that a better life awaits for the sweet Weezer. Our prayers and love go out to the precious pup!