Kona’s owners took two kittens, Chester and Blair, into foster care. They were about 10-12 weeks old and were found in some backyard in New York City during a freezing winter.

Before Chester and Blair arrived, Kona was kitten-free for about three days, and it was just a matter of time before they bonded, as Kona knew precisely what the kittens needed.

Kona’s owner Asa is fostering many cats and dogs, and over the years on the job, she has found homes for more than 164 animals 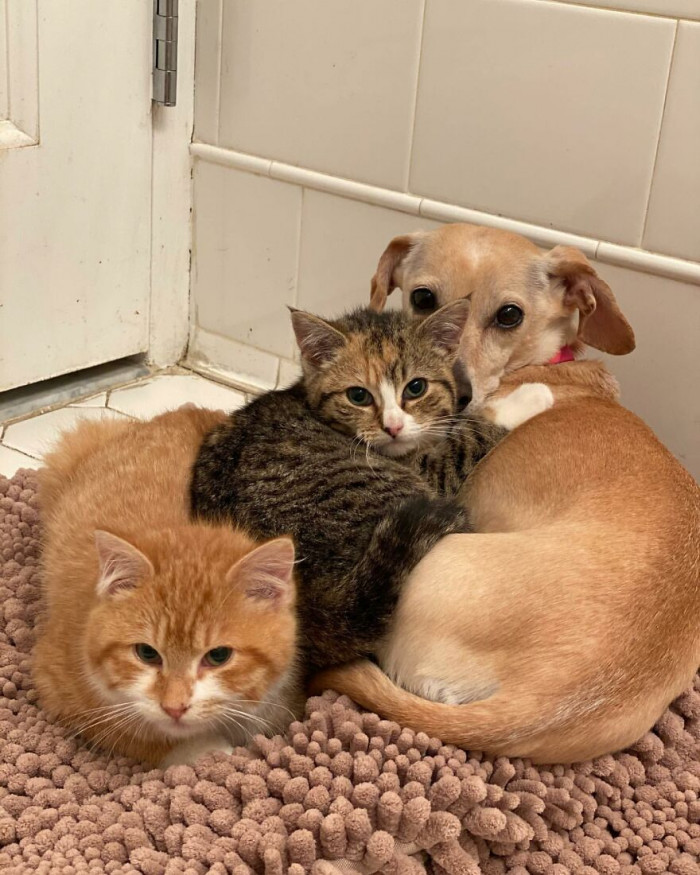 “Fostering is my way of giving back to the animals. I’ve always loved dogs since I grew up with 3 of them (4 at one point). I had kind of a broken family and my dogs were the one constant in life, and as an only child, I leaned on them a lot for consolation. They brought me so much joy throughout my childhood and I knew I wanted to give back somehow, and fostering is my way of giving back.” 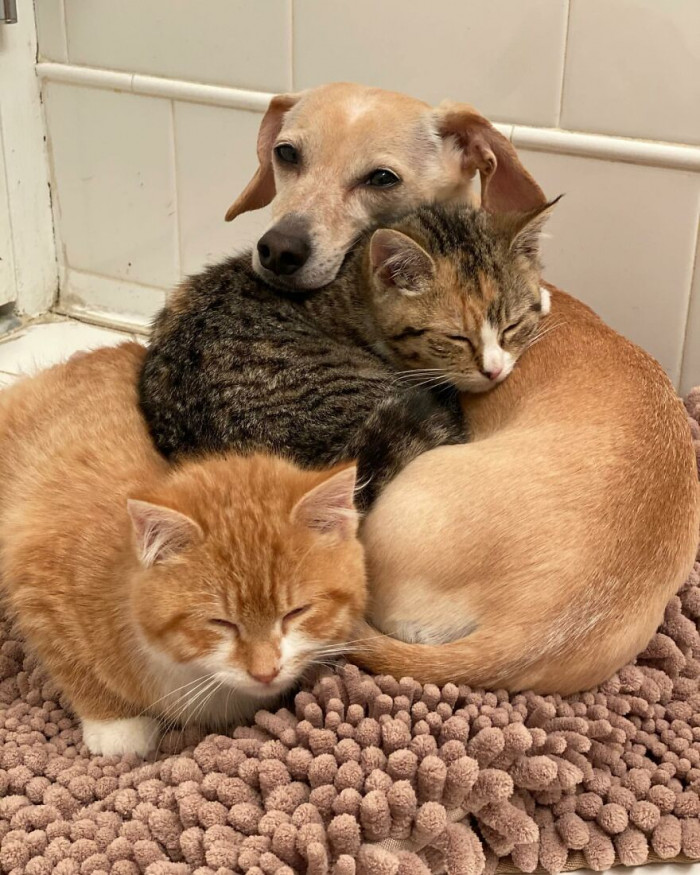 “It happened naturally! And it actually blossomed more the longer I fostered. With the first foster kitten she met, she was very excited, but she bonded with her more like a friend rather than as a foster mom. Then, as I fostered more babies (both puppies and kittens), she started to develop more of a babysitter role, and eventually a mama!” 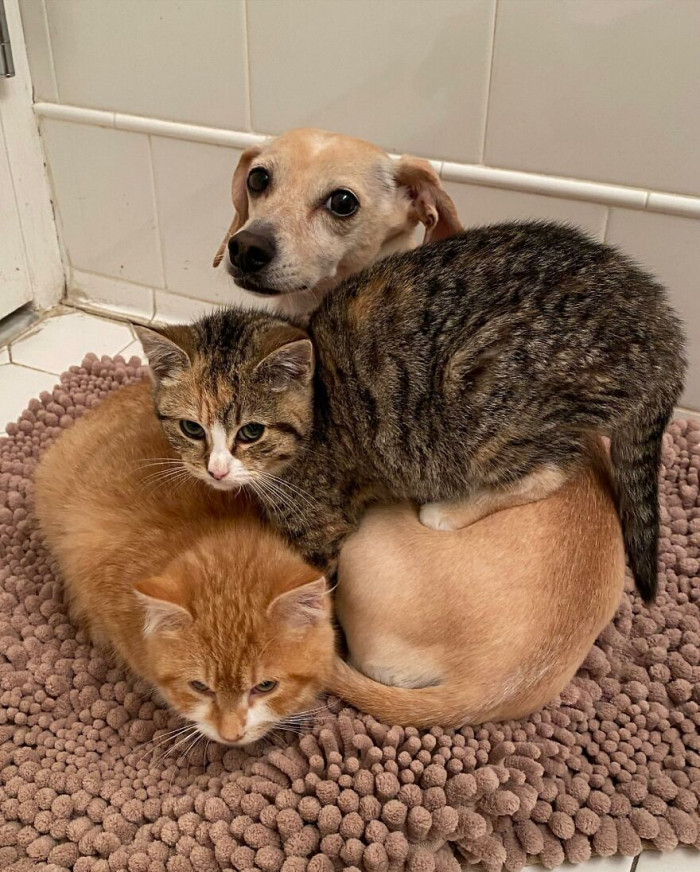 it’s obvious that Kona, Blair, and Chester have a special bond between them.

Asa said: “I think maybe she sensed that these two were a lot more reserved and undersocialized than the other kittens we’ve fostered recently. She really has the magic touch! I’ve had them for 6 weeks now and they still run away from me (socializing has been quite a slow process for them) but with Kona, they gravitated towards her the moment they saw her on their first days here.

Blair used to try to nurse on Kona the first couple of weeks, I’m not sure if it was Blair’s way of finding comfort in this new environment, but Kona just patiently laid and let her nibble on her.” 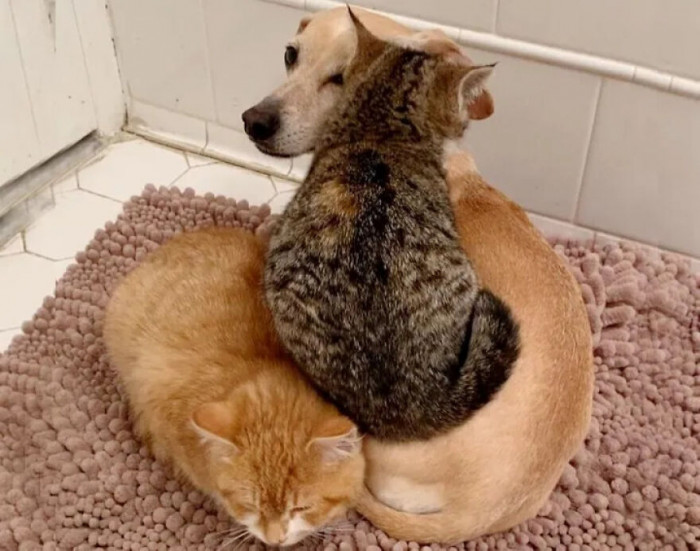 Asa enjoys fostering, but sometimes it can be painful to part with the animals. “Fostering can be draining emotionally, physically, financially. For me, I think the emotional aspect is the hardest. I’ve cried, letting go of the majority of these fosters, and they all feel like a bad breakup. Some fosters I grow a closer bond with than others and those ones are HARD to get over; I’ve cried for 2 weeks straight before!” 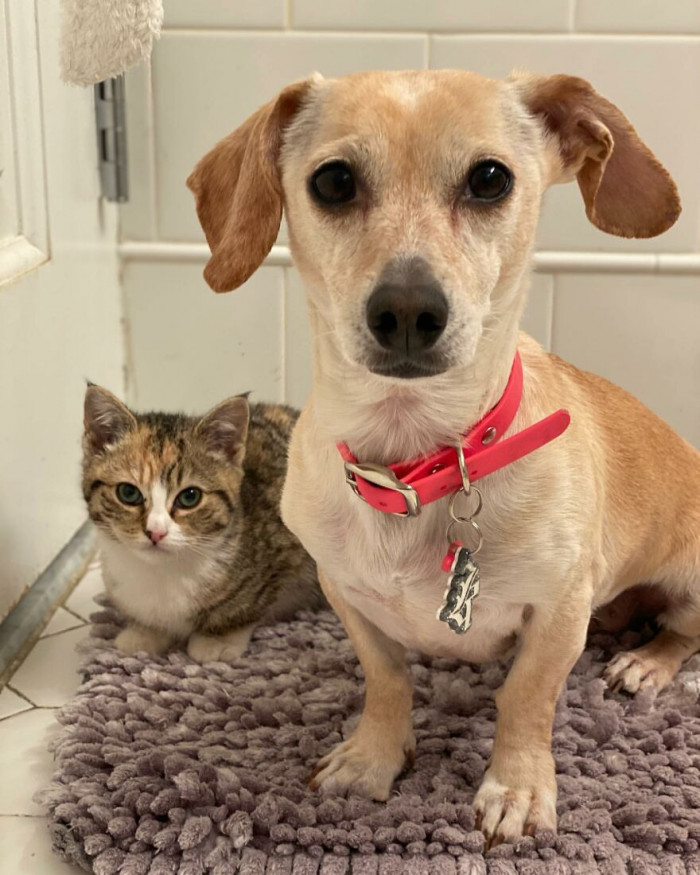 But, fostering is also very rewarding: “Watching these animals blossom! Whether it be seeing an undersocialized kitten or timid dog open up and learn to trust people, watching a kitten or puppy grow up, or being there to experience and witness a dog’s ‘first’ (first time on leash, first bath, first treat, first snow, etc.), each and everyone has their own story and their own way of blossoming and it is just such a rewarding experience being there to witness all this happening.” 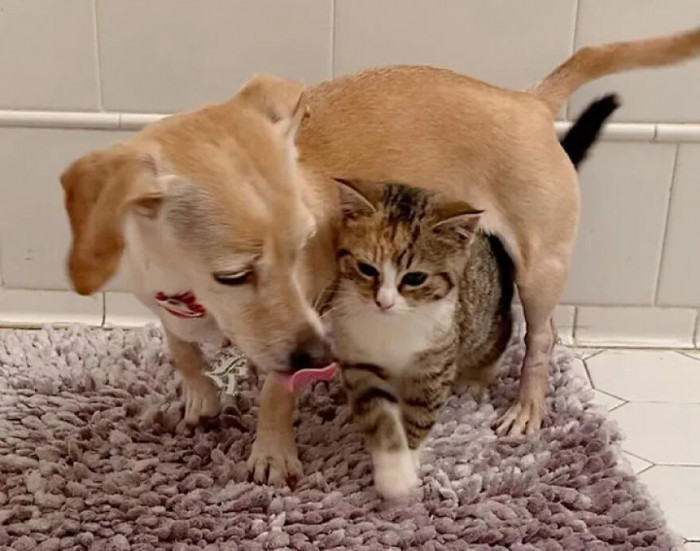 “My biggest challenge is also the most enjoyable! As heartbreaking as it is letting go of an animal that you’ve welcomed into your home and treated as one of your own, it’s also such a rewarding feeling being able to send them off to their forever homes. And my greatest joy post-adoption is receiving updates from the adopters and watching them grow up on Instagram!”

Kittens had no human interaction throughout their lives on the streets, so they needed socialization. 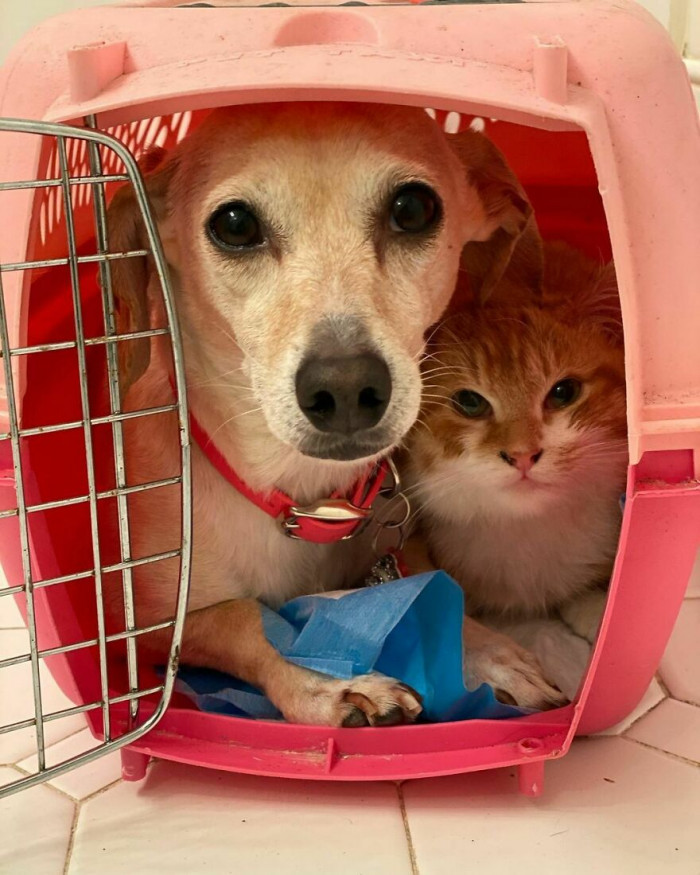 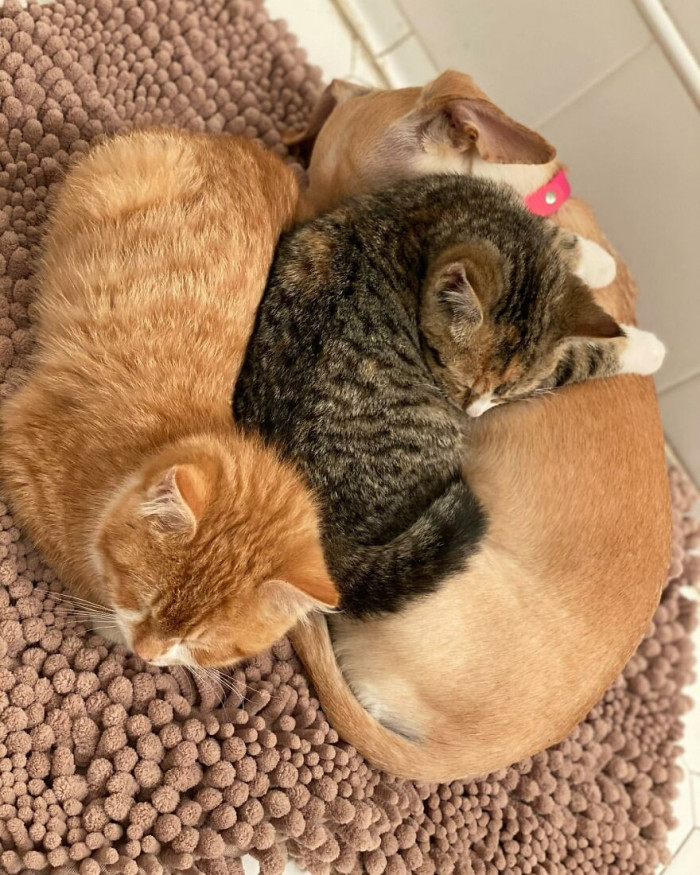 Kona was an experienced parent to a lot of foster kittens, so she knew what to do 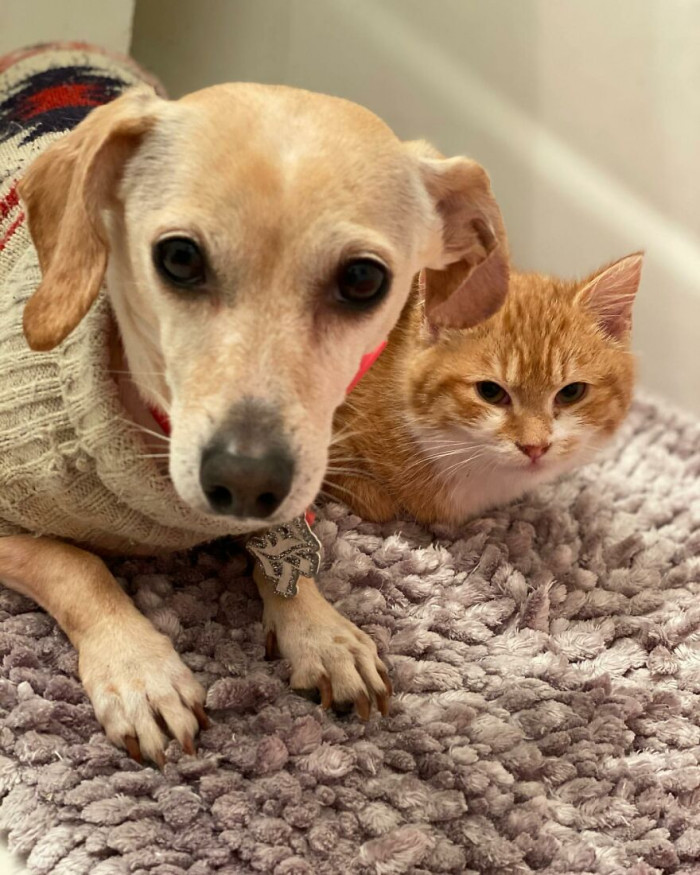 Warm cuddles did their magic, and kittens were assured of their safety. Shy kittens’ became confidence grew, and recently, they even interacted with Asa too. Asa wrote on her Instagram, “These two nuggets opened up to mama Kona immediately, but it’s been a much slower process with me. With that said, in the past week, they’ve started to: eat food out of my hand, purr when petted, fall asleep near me and even play right in front of me. I’m sure we wouldn’t have even made this much progress in the first week if it weren’t for Kona, though, so thanks, mama Kona!” 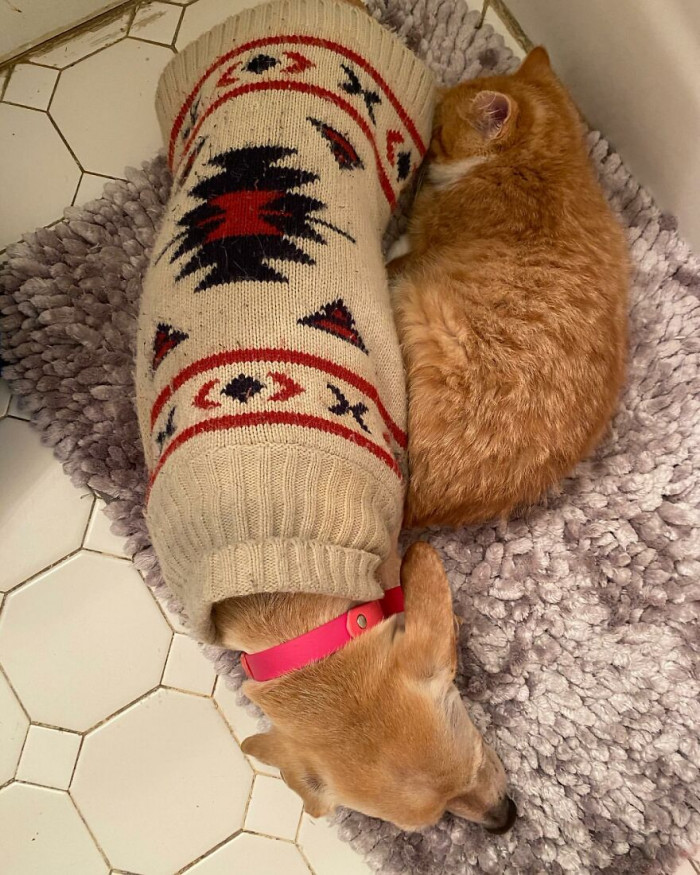 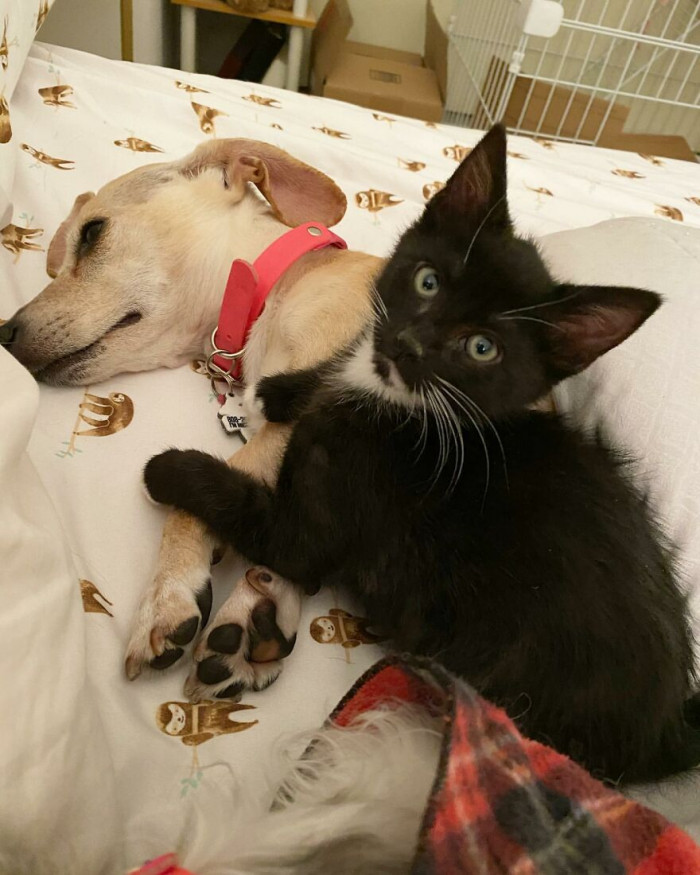 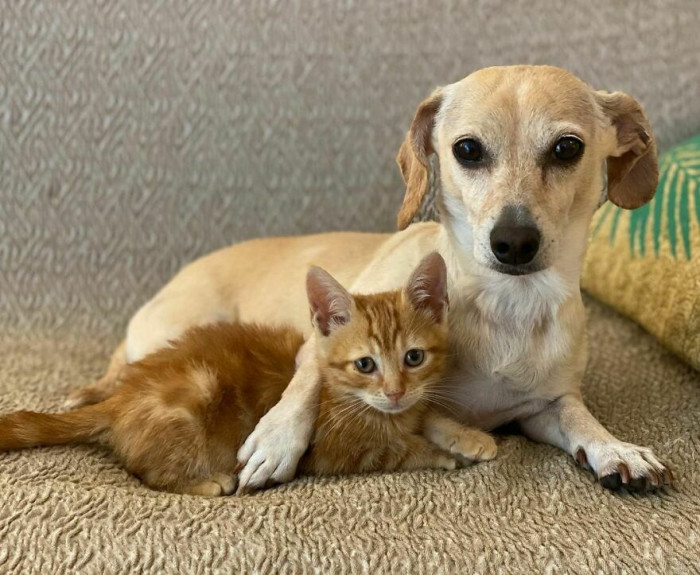 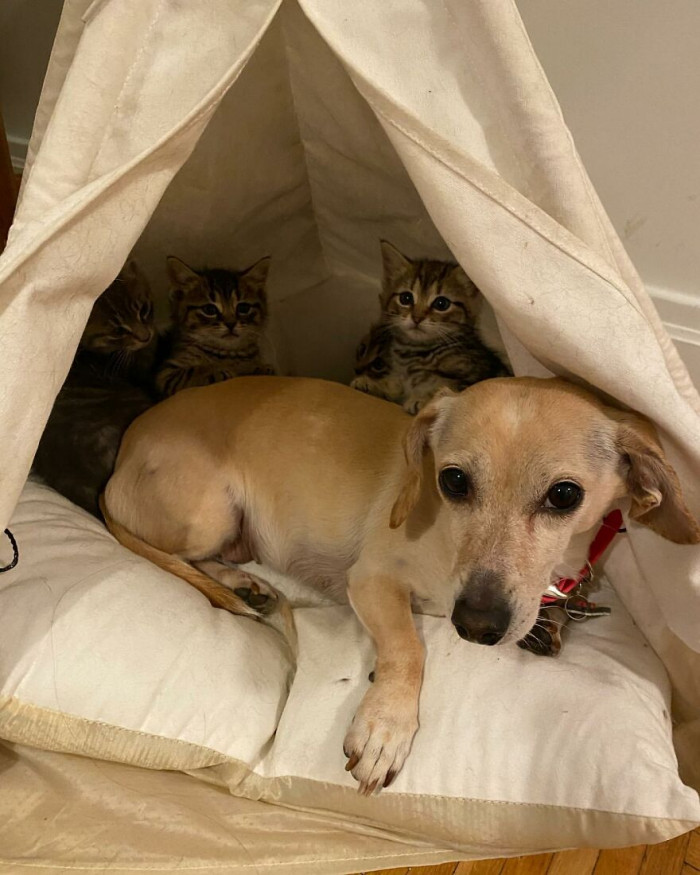 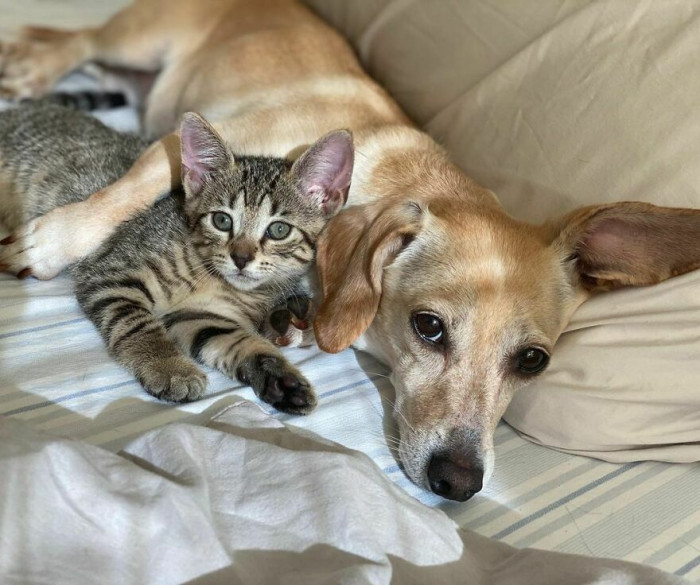