It is unknown how she ended up in such a terrible condition, but when Vicky Keahey, founder of Texas’ In-Sync Exotics Wildlife Rescue and Educational Center, found her, Aasha was extremely sick. Signs of malnutrition were obvious as she weighed no more than 30 pounds, which should be the weight of a three months old cub, but she was almost nine.

Really concerned about Aasha’s extremely poor condition, Vicky tried to find out what happened to her. “I asked how could a 9-month-old tiger be that small,” she told The Dodo.

It turned out that the poor tiger cub was part of a traveling circus. And because she was kept in a cage with a larger animal, she wasn’t allowed to eat. More than that, she got a skin infection called ringworm, but the lack of proper care only made the things even worst. So Vicky decided to take Aasha away and to take care of her. Therefore, she was taken to an isolated enclosure at In-Sync Exotics, the Dodo reported.

“Aasha’s bald spots covered almost her entire body and her skin was dry [with] cracked, darken areas and bleeding,” Vicky said. “Every day, twice a day, I would go in and give Aasha medications and spend time with her. I knew I was going to have to handle her in order to get her well.”

And after only a few weeks of proper treatment, the things never looked better for the wild kitten. “After eight weeks of treatments you could see little bits of fuzz growing back to [what once] bald spots,” the kind-hearted Vicky said.

However, it took almost eight months until Aasha made an incredible recovery. “Within eight months she looked like a real tiger, and it was time to see how she would react to other tigers,” Vicky also said. And right now she’s unrecognizable! 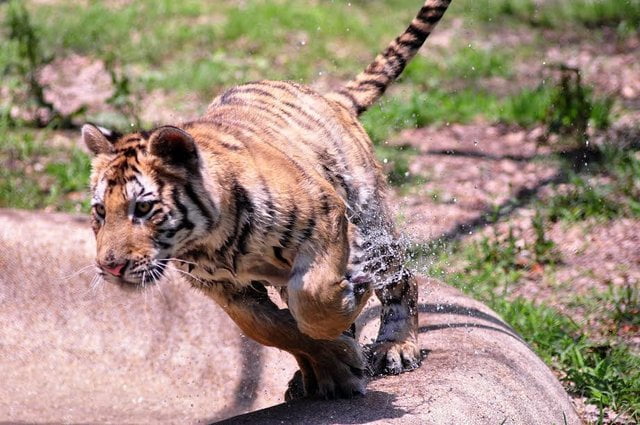 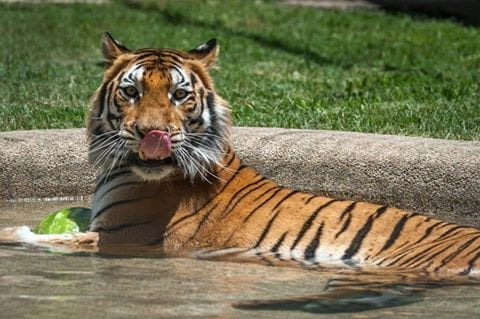