Meet Cameron the lion and Zabu the white tigress who are crazy in love with each other.

Life hasn’t always been kind to the two of them, they were bred at a zoo in New England for one reason only, to make ligers. 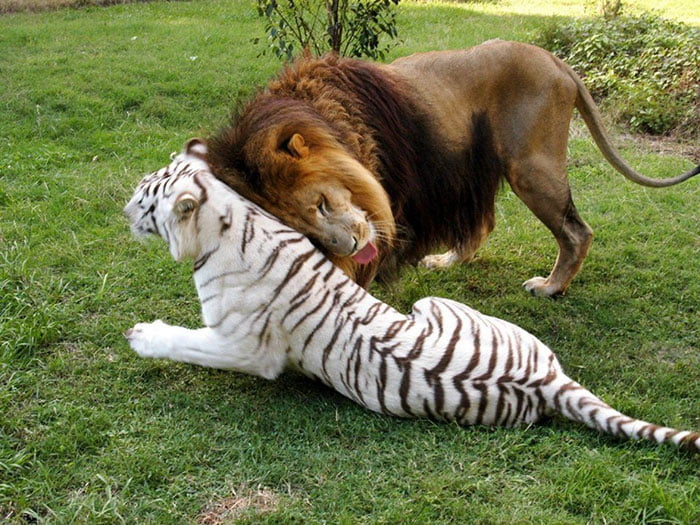 During this time, Cameron was 200 pounds underweight and Zabu had genetic flaws caused by breeding. Thankfully, they were both rescued a few years later. 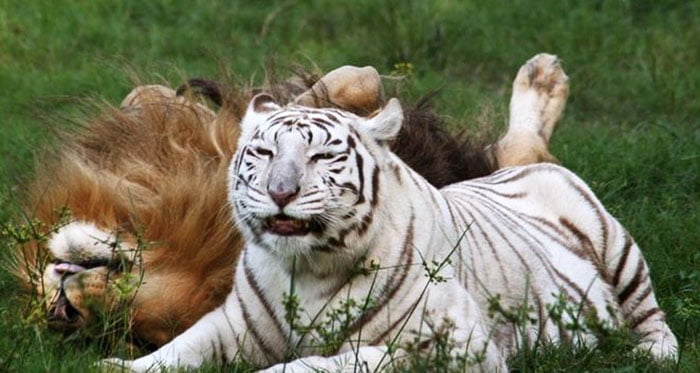 “When Zabu and Cameron were rescued, we constructed a large natural enclosure for the two of them to share since they are truly bonded as a couple.” 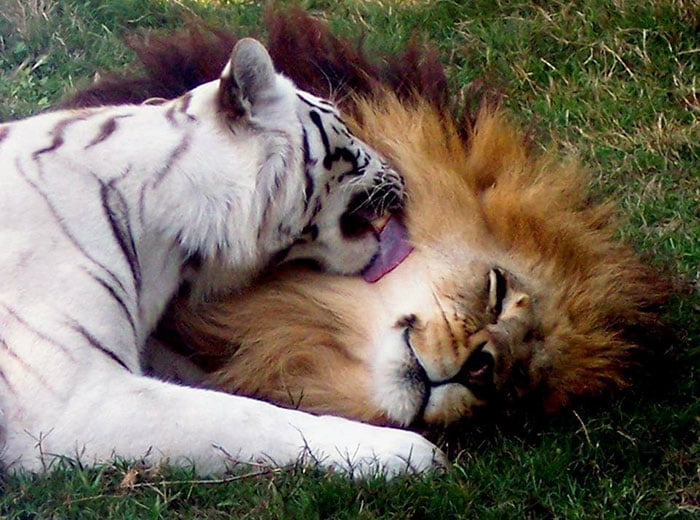 Once they were rescued, they were moved to a new sanctuary and were kept together.

But after a little while, Cameron was getting very possessive of Zabu, which meant he was a threat to his keepers. 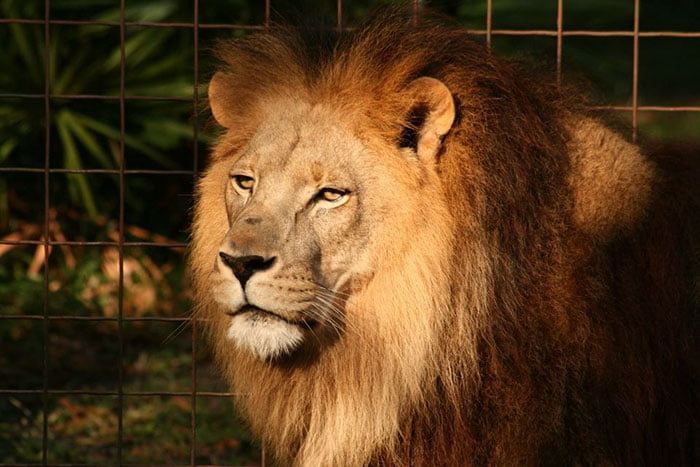 “We had only two choices; separate him from Zabu forever or neuter him” 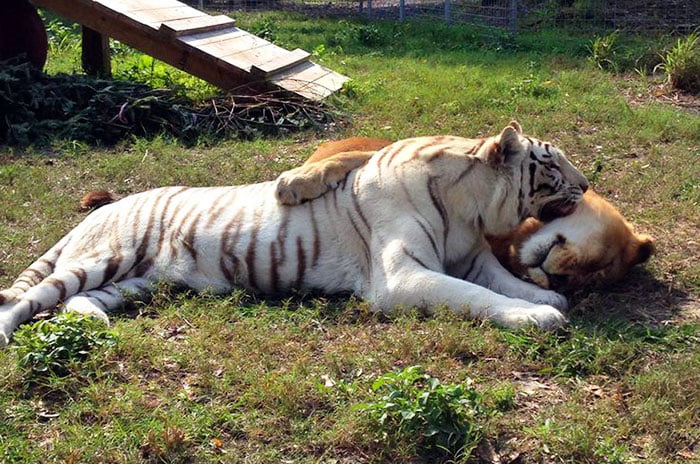 So they chose to neuter him, which meant he, unfortunately, lost his majestic mane but is a small price to pay to stay with his true love, writes kingdomstv.com. 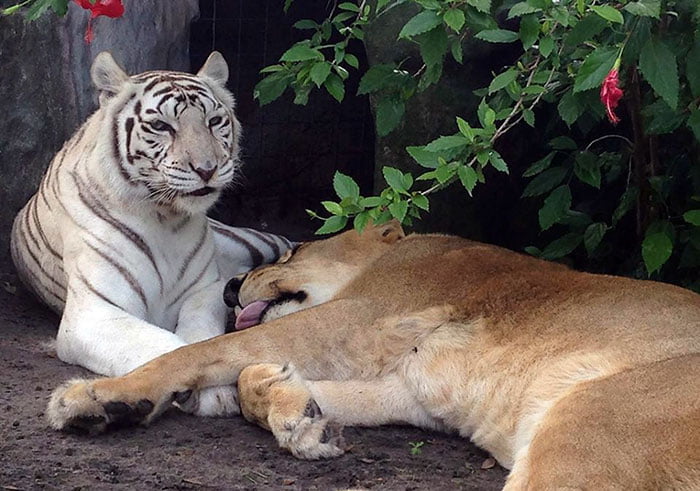 The two enjoy each other’s company, running around, nuzzling, and taking peaceful naps. 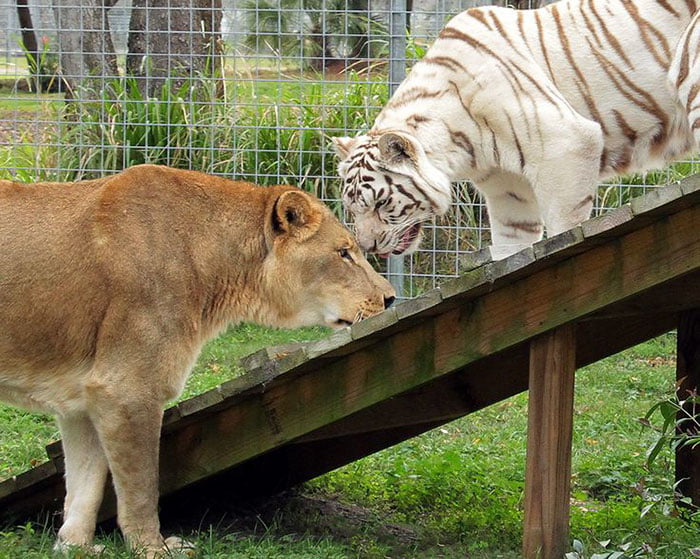