Outdoor cats are known to take good walks, but in Frankfurt, Germany, the Fechenheim district has become accustomed to another kind of pet walking around: an Arabian mare named Jenny.

Every morning she wanders unhurriedly through the streets, taking the same route, with no one to guide her. For those unfamiliar with the animal, she carries a card that says: “My name is Jenny, I haven’t run away, I’m just taking a walk, thank you.”

Jenny has been riding alone for 14 years, ever since her owner Werner Weischedel, 79, was unable to ride her. But every day the man opens the door for her and she goes for a walk on the routes they used to go together.

Jenny, the Arabian mare, has been walking the streets of Frankfurt, Germany by herself for 14 years 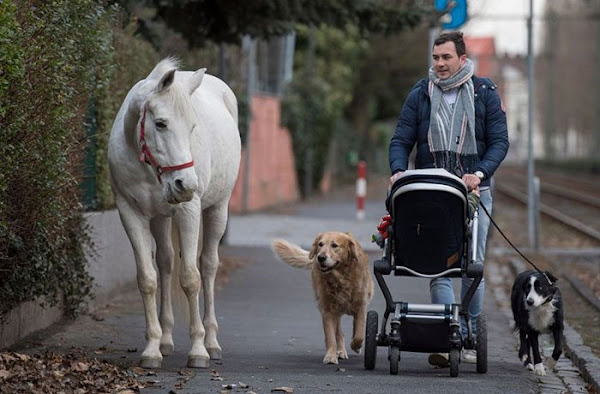 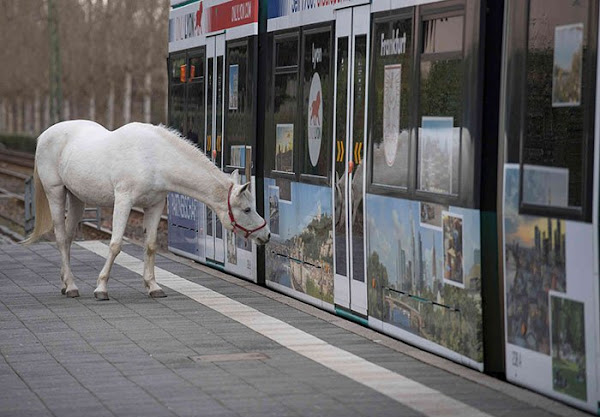 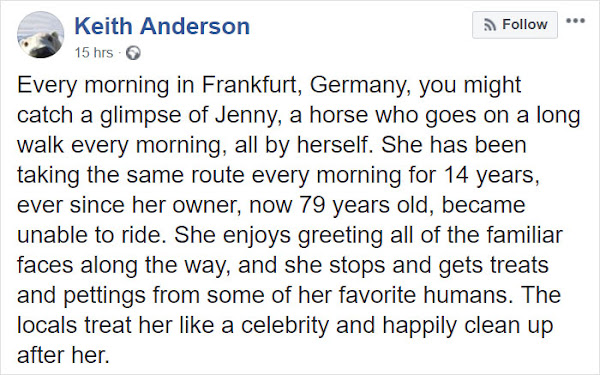 Before this, Jenny was part of a “caravan,” as Weischedel explained to the FNP. “We had another mare, Charlie, and a white shepherd. We used to pass as a white caravan through Fechenheim, 15 years ago.” This also included Anna, Werner’s wife.

But now it’s just Jenny and the German shepherd Evita, who joins her walks sometimes. 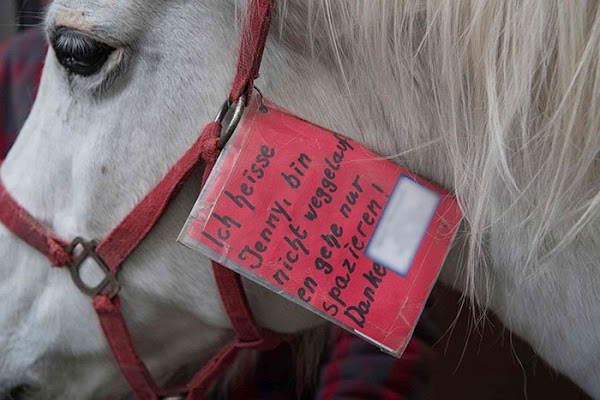 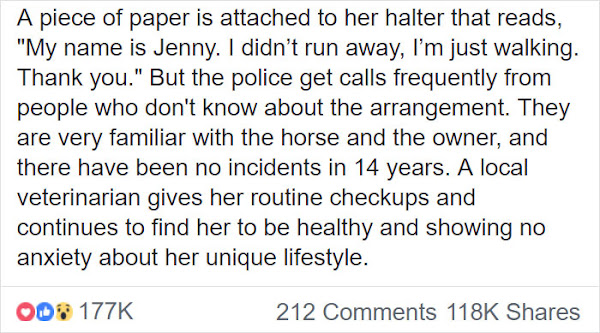 Jenny takes her route 8 times a day before coming home at noon to eat, like clockwork.

Maybe that’s because, according to her owner, “she has a clock in her stomach and knows exactly when there’s food in the house.” 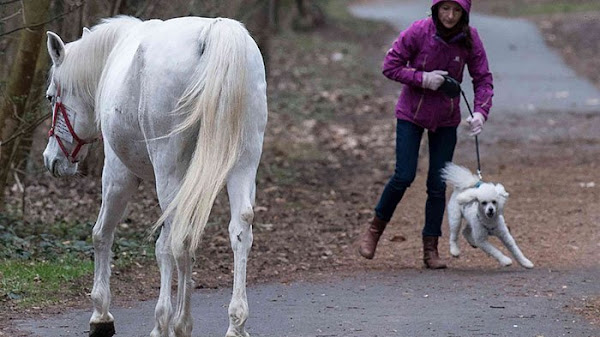 Neighbors always enjoy seeing Jenny, and despite the concerns of some passers-by, the police say there is no danger.

Werner says that “the police know. When someone calls, they ask me if I know where Jenny is, and since I answer yes, everything is in order.” 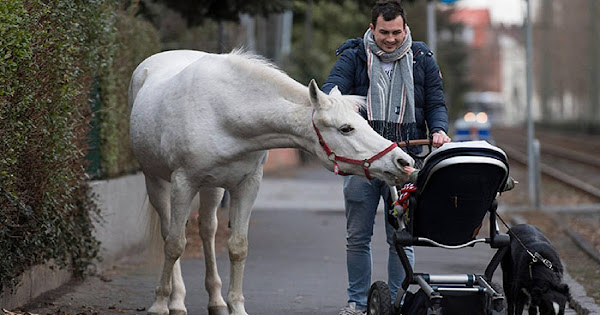 Jenny has friends and guardians everywhere, even at the tram stop.

Some people criticize Jenny’s freedom, saying it is negligent and against her safety, but the vet says the mare seems “relaxed and satisfied” and according to the police, there has been no incident in 14 years of walking. 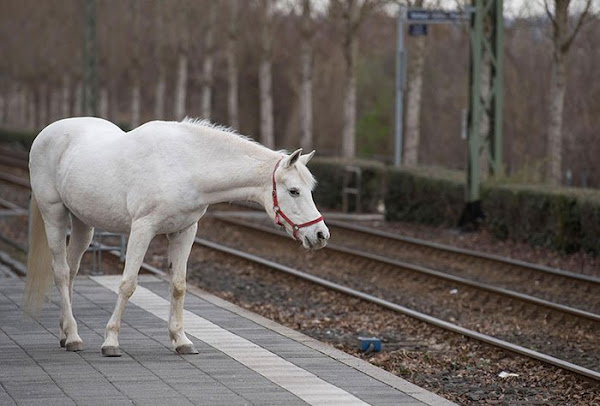 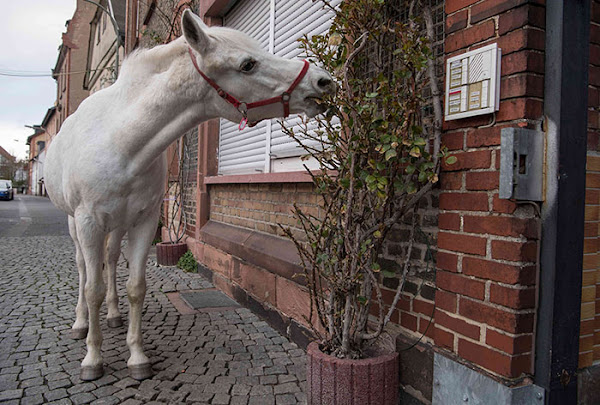 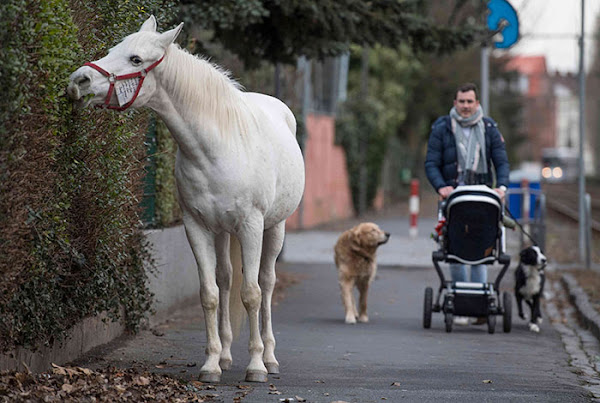 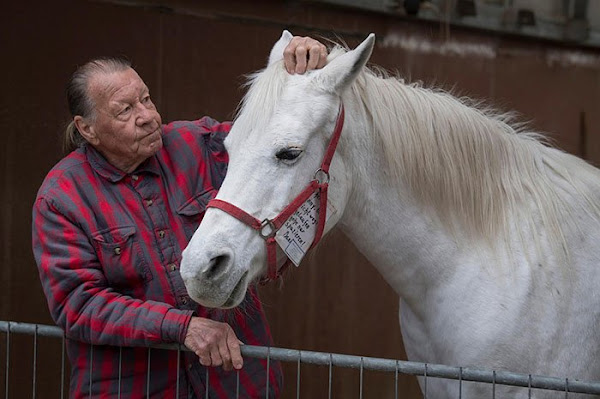