A loving dad is going viral for making sure a special needs dog is never left out, writes blog.theanimalrescuesite.

Canelo, a handsome pit bull, is unable to run due to a bone inflammation in his front legs – but that doesn’t mean he has to miss out on all the fun.

TikTok user Jooseline posted a video of her father carrying her disabled dog named Canelo with the caption, “My puppy has canine hypertrophic osteodystrophy, he can’t exert much effort because it hurts.”

The heartwarming video shows the man running with the large dog in his arms as the other three dogs run alongside him.

They run down a path and then turn around and run back towards the camera.

It is clear from the smiles on everyone’s faces that they are all having a blast. 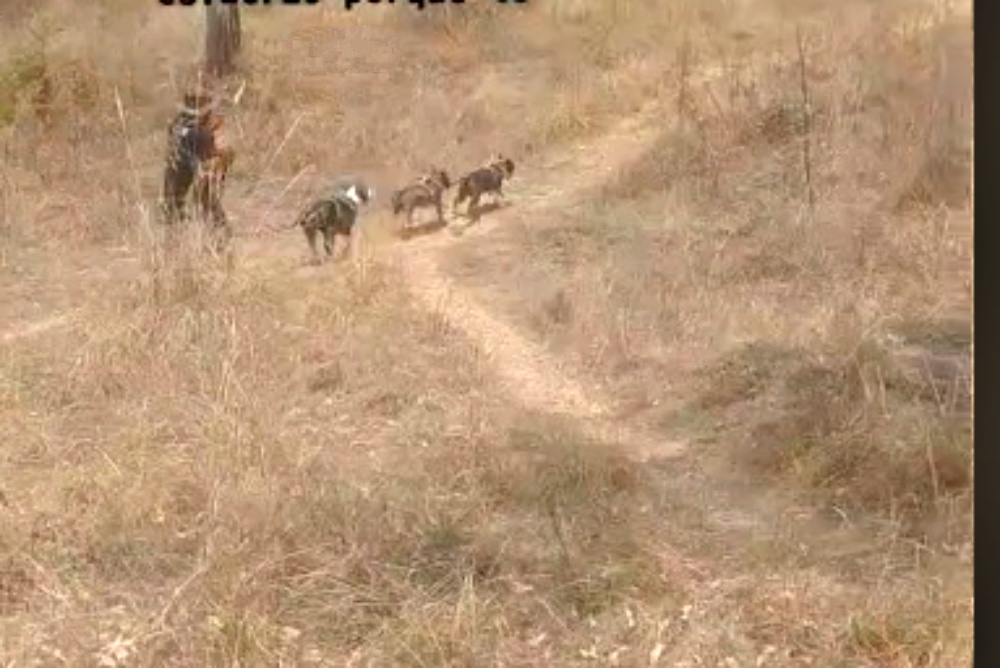 “My dad lets him enjoy the time as much as the others,” she wrote.

The beautiful moment was shared with thousands of people and was set to the fitting song, “You’re Beautiful” by James Blunt.

Many viewers said the video has made their day and helped restore their faith in mankind. 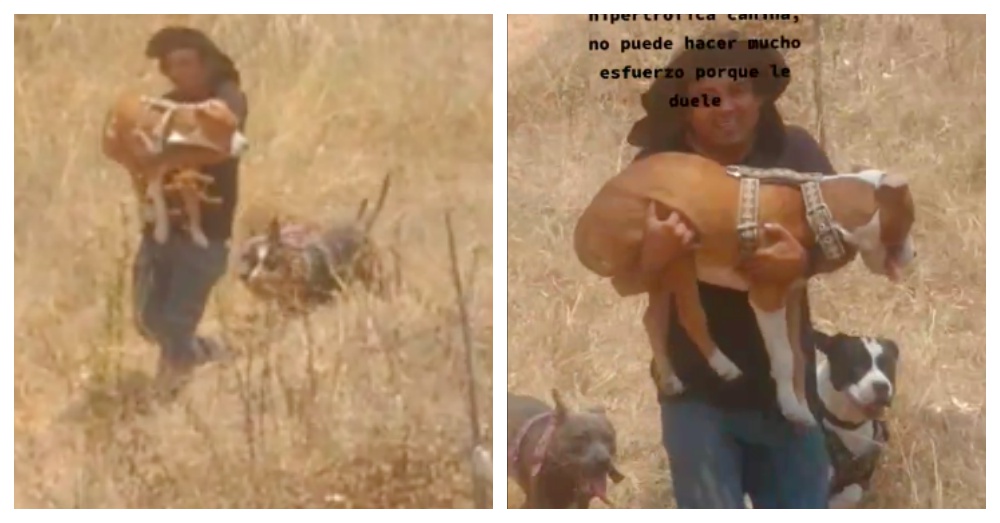 One person commented, “This is so pure!! My heart needed this today!! Thank you!!”

The video has gone viral. Watch it below and don’t forget to share. 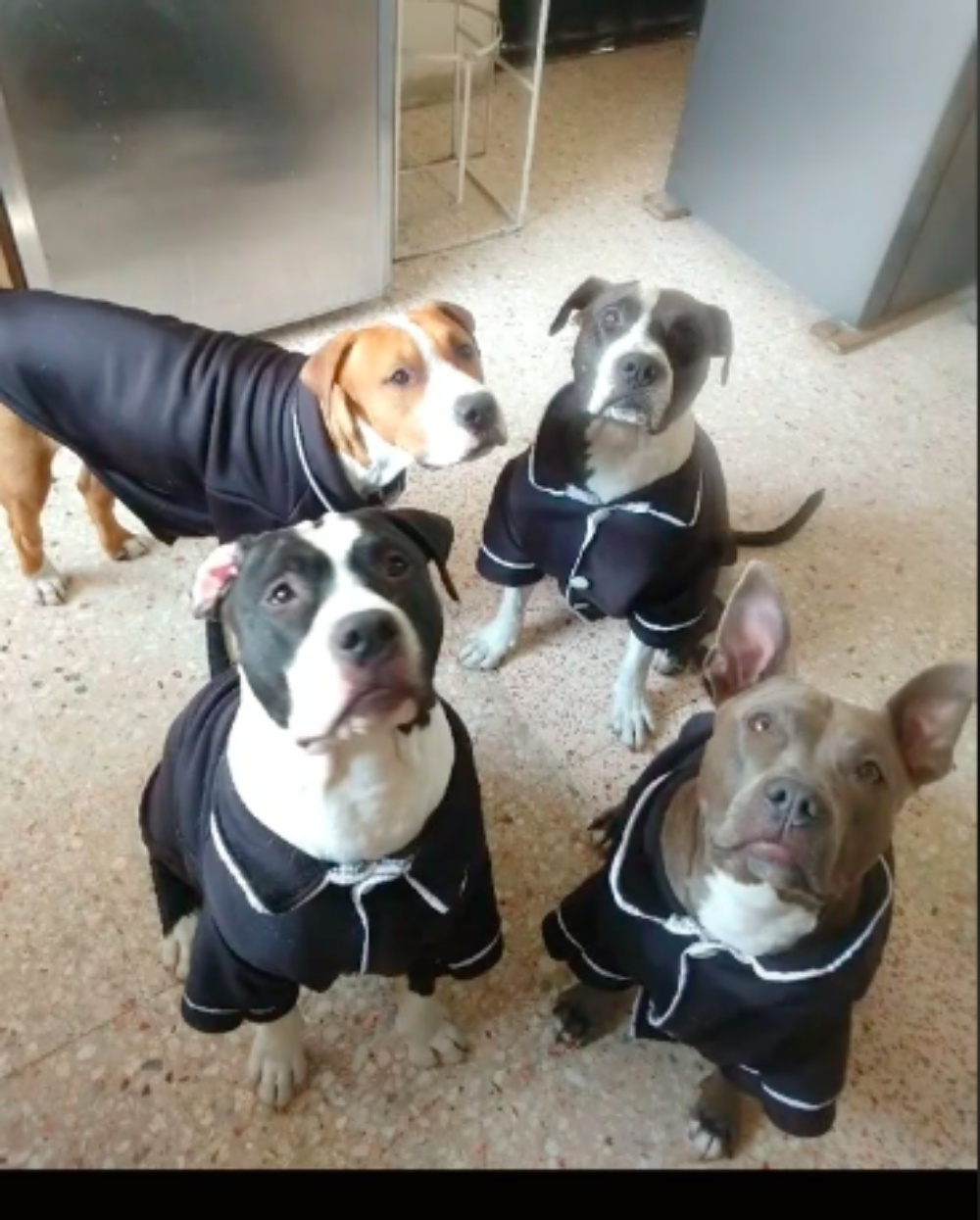 There are so many friendly pit bulls in shelters across the country just waiting for someone to give them a second chance. Adopt don’t shop!